Google Chrome is the most popular and most used browser in the world and for most people, it is a primary browser. Although the Linux platform is preinstalled with Ubuntu Mozilla Firefox, it is a competitive browser and has better privacy settings than Chrome. If you're a die-hard fan of Chrome, you'll need to install it on your Ubuntu as easily as Google Chrome Linux. The main problem with installing Google Chrome for Linux is that it is not open source, and as a result, you will not be able to find it in the Ubuntu Software Center. 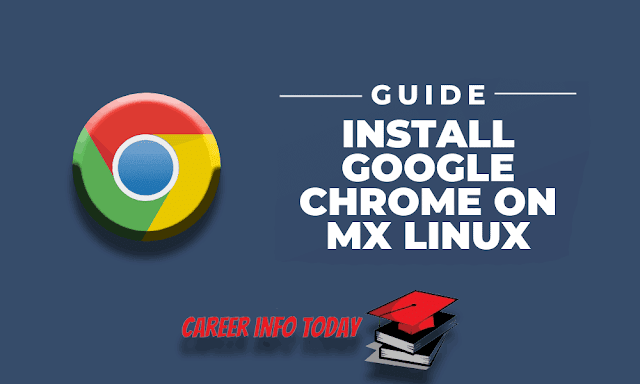 If you want to download Chrome go to the Ubuntu Software Center, it will show you the results of Chromium, which is similar to Chrome and the open-source version of Chrome. but it is not Chrome.

How To Installing Chrome for Linux?

Installing Chrome for Linux is very easy, but it requires some attention. There are two recommended methods for installing Google Chrome Linux on the Ubuntu platform.

Install google chrome Linux for This method is similar to installing software on other platforms like Windows. Using Linux and Ubuntu is no different and does not require any complex skills. Note that Chrome is not available on Linux for 32-bit operating systems. You can learn about the operating system by opening the terminal and using the "ls CPU" command.

You can also download Chrome using the terminal options. This method is quite simple compared to the GUI system, but it requires some skill. This is not just a few clicks but a proper command interface method, but we will guide you through it.

Open the terminal and to install Chrome on it, use the command "wget ​​https://dl.google.com/linux/direct/google-chrome-stable_current_amd64.deb".

You can use pkg to install Chrome files downloaded in .deb format.

You can also use the command "sudo dpkg -i google-chrome-stable_current_amd64.deb".

You can now search for and use Chrome

Advantages and disadvantages of Chrome in Linux

Chrome has taken the Internet by storm and has become the number one choice for Internet users worldwide. There is no denying that Chrome has many advantages, but it also has some drawbacks and limitations.

These are some of the advantages and disadvantages of Chrome in the Linux system.

The advantage of Chrome

Chrome is by far the most popular browser, and it has excellent support for the Linux platform.

Chrome is designed for an easy-to-use and easy-to-understand interface If you do not like complex browsers and only show the website you are visiting. Probably the best tool for success is simplicity.

There is no denying that Chrome is by far the fastest browser. Firefox also has comparative speeds, but Chrome has clearly outperformed the winners and other browsers. Firefox is somewhat similar in page loading speed, but Chrome is much more reliable and faster than Chrome in overall performance, such as writing, editing, and publishing work.

One of the major limitations of Chrome at the time of release was the absence of extensions and add-ons that were previously included in Mozilla Firefox. In early 2010, Google introduced about 1500 extensions in browsers.

Currently, the number of extensions has increased to 11,500 and includes many types of features such as themes, VPNs, etc.

The most important and convenient factor of Chrome is its ability to synchronize. Users can log in to all Google features using only Gmail ID, and once you log in to Chrome with your account, it will display all your bookmarks, tabs and other data. You can also use it on your phone. There is no need to delete the history, and if you are on a public device you can log out of the account.

The trouble with Chrome in Linux

Using Chrome in Linux can be annoying due to the following disadvantages.

Chrome is a resource-thirsty program and uses a lot of memory. Sometimes Chrome's memory costs more than system costs and it builds latency and warms up the device. Using 6 or 7 tabs can slow down browsing and cause buffering, which is a central problem for Chrome.

Even if you turn off Chrome, it still runs in the background and sometimes it is a vampire for RAM. Sometimes, Chrome will open as soon as you open the system and it consumes a lot of memory depending on the device.

When you are using some other browser in a specific and accidentally hit the close tab option, the browser will warn you, but in Chrome, there is no such option, and it will close it with no problem with the work you are doing on it.

Choosing Google Chrome Linux is old, and many people are using it. There are 2 ways to install and run Chrome on Linux. Chrome is by far the most people using this browser for internet users worldwide due to its simplicity, speed, extensions, and synchronization. Still, it is also bad side for resource consumption, a background working, and no warning closing of tabs.